Why Getting a White Couch with 2 Dogs was My Greatest Idea Yet! 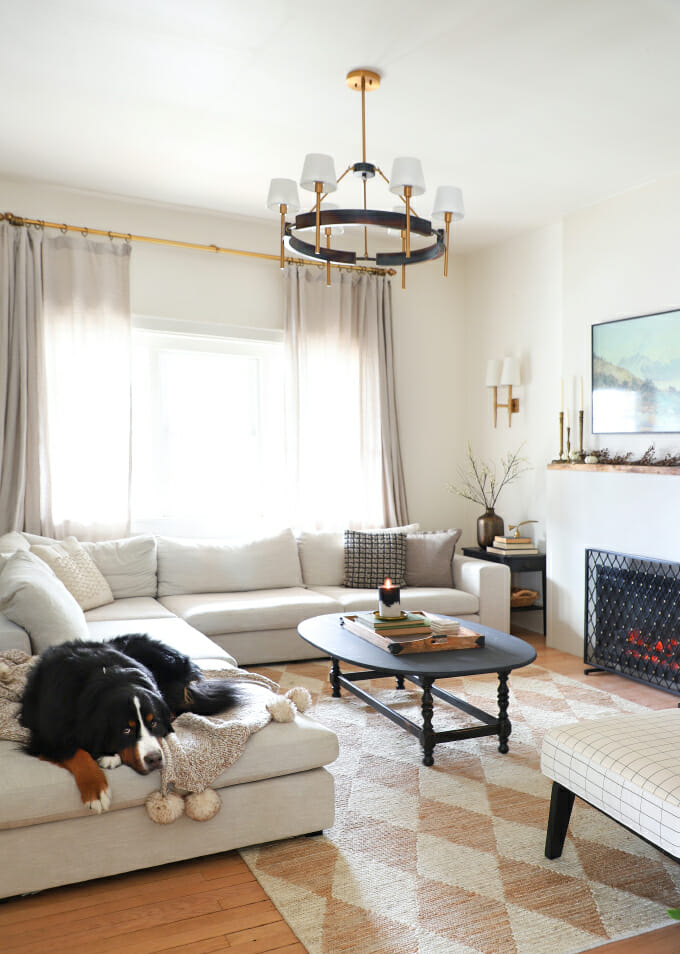 It’s true, I got a nearly white couch with two black hair dogs (who both shed A LOT…looking at you Big Papi). I know, it’s an insane idea. My hub, who usually goes along with my design ideas, thought so too. But I have been obsessed with the GABA sofa from Article for awhile now, and I was determined to make it work! Our livingroom has been a design head-scratcher, the dilemma: This room is our only gathering place, we don’t have a den or family room in the house, so it needs to be comfortable for movie nights, and a place for friends and family to gather for the holidays, but it’s also the first room you see when you walk through the front door, so I want it to look stylish!

The GABA sectional solved all those problems because 1) It’s super deep for cuddling 2) The low height meant it could wrap around without blocking the view of the fireplace 3) The light color would keep the sectional from looking too heavy in the room. 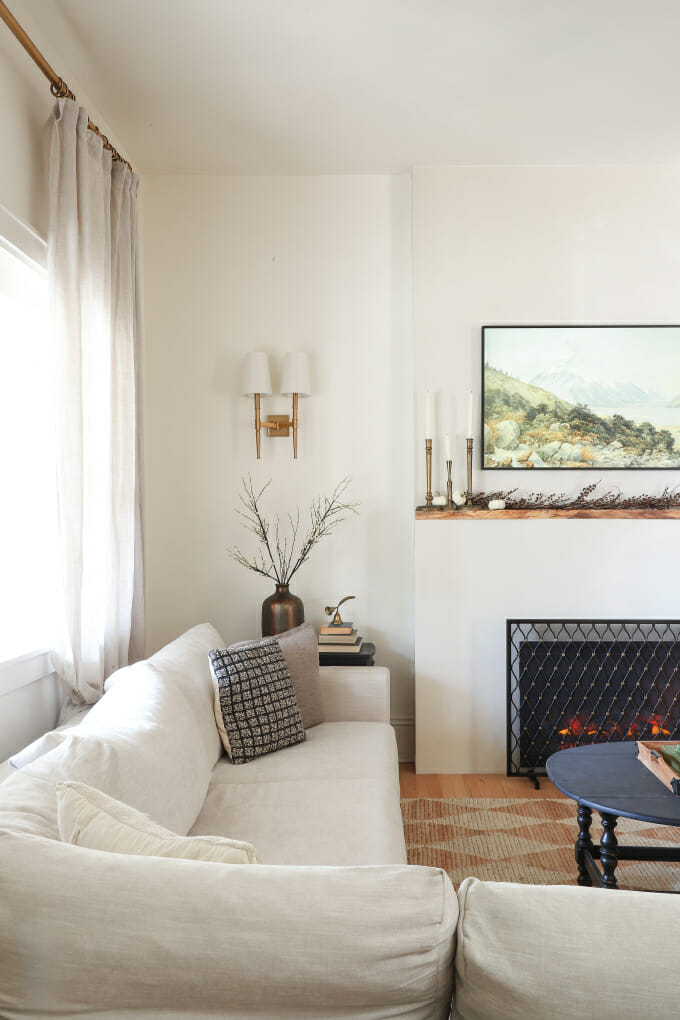 I debate between the light and dark version for a whole week, and even reached out to two of my fave bloggers  Mandi and Kim  (who also have the Pearl White version) to see if I was crazy for getting the light one with dogs (they both have two dog too). I got the same response, they LOVE it, but don’t let the dogs up on it. Here enters the problem: Our young pup Griff is a wild one that loves to do laps around the sectional, smooshing the back pillows while staring out the window, and every couch we have had before starts to pill immediately, which I HATE the feeling of. And Big Papi loves lounging on the couch and leaving black fur wherever he goes…

So I continued to debate, then closed my eyes and pressed ORDER on the GABA in Pearl White, and came up with a game plan that I hoped would work. I am happy to report, not only did it work, this couch has been a game changer in our home!

I know that sounds dramatic, but getting the nearly white couch meant we really took re-training the dog seriously, which has been SO positive.

I’ll start with what steps we took with the pups, and then I will “ohhh” and “ahhh” over HOW MUCH I love the couch and how it was the perfect piece to the livingroom puzzle 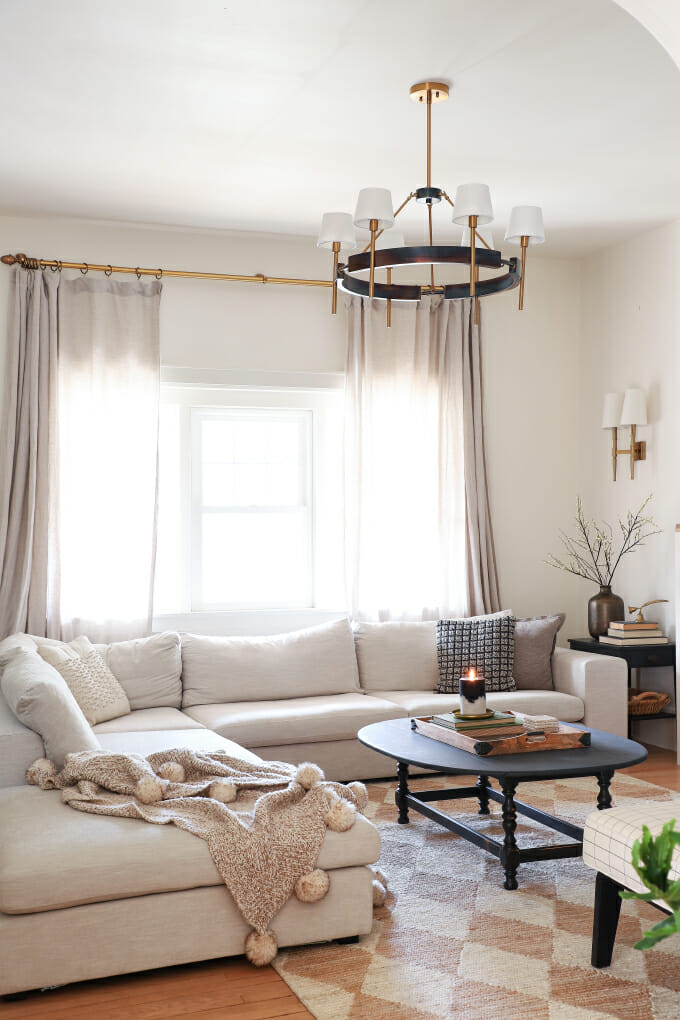 Tips to keeping the pups off the couch:

-The day it arrived we covered every inch of it with blankets so it would not get destroyed during the training period, we kept it covered for 2 weeks.

-Our pup know the “OFF” command, but only after they have been laying on the bed or couch for awhile. So we became diligent about saying “OFF” the second they would jump up.

-We create alternate places for them to lay, I set up dog beds by the foot of the couch. And we also DO allow them to lay on the ottoman, which we keep covered with a blanket at all times, plus you can take off the cushion cover and wash if need be.

-Consistency was key, everytime they jumped up we said “OFF” or directed them to sit on the ottoman, and would pet them from there. After about two weeks it just clicked, and when we took off the blankets they would only sit on the ottoman (which is super cute when they both try to squeeze on it). And Griff treats the couch like hot lava now, which is a huge difference from when it was his racetrack for laps.

-Our pups are far from perfect, and will slip once and awhile, but we have been SO impressed with the fabric. After a muddy paw situation I just wiped with warm water and no marks at all! 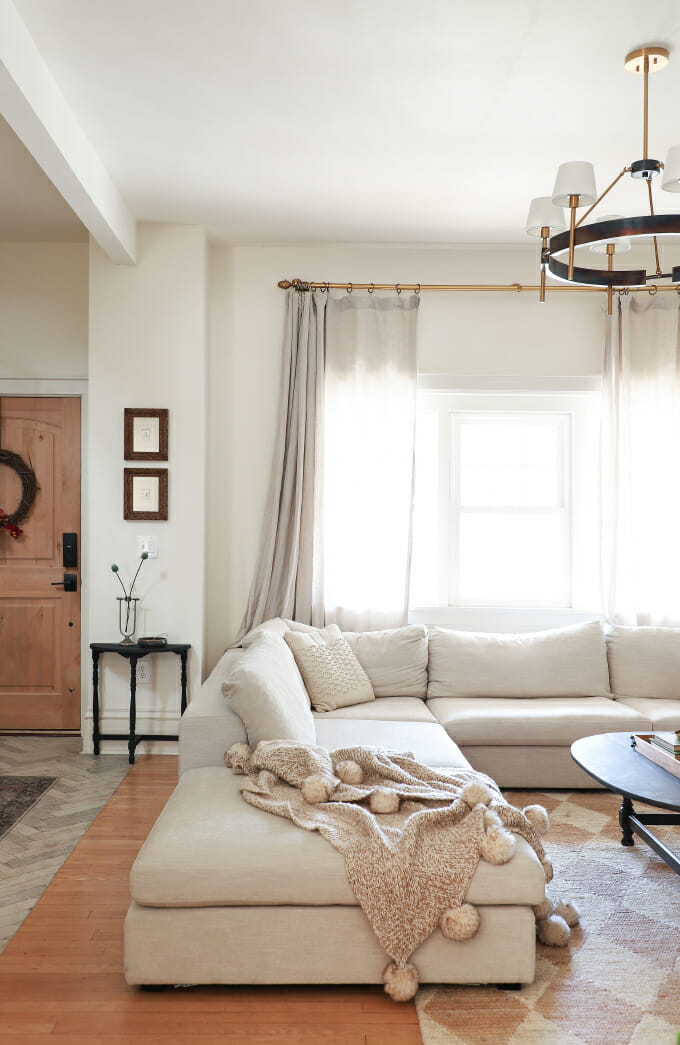 Now let me tell you a few other reasons I would totally recommend this couch:

-It super deep, which makes it really comfortable for lounging and movie watching (there is always a race for the corner seat!) but it still looks SUPER stylish.

-It’s also amazing for gathering, we have friends over and so many can fit comfortably, I can’t wait to host for the holidays!

-Every other couch I’ve had that have pieces that click together have been so annoying because they are constantly coming apart, I swore I would never get another one, but it’s pretty standard on sectionals. And I am happy to report that after the moving guys clicked the pieces into place, it has not moved or pulled apart AT ALL! Such a relief, because I hated when my butt would start sinking into the gap.

-All the cushion covers come off, so if there was spill or paw problem I would be able to launder them, which is a huge relief.

-Also just wanted to note that the couch is not a pure white, it’s a heathered super light gray which is just the slightest bit more forgiving than white.

-And it’s low to the ground, which at first, I was nervous when the movers set up the bases because I thought they were too low, but once the back cushions were added, it was perfect, and looked great in the room because you could enter through the front door and not feel totally cut off from the livingroom.

-I choose the Gaba left modular sectional plus an additional Gaba armless chair module to create a sectional that would fit the livingroom. 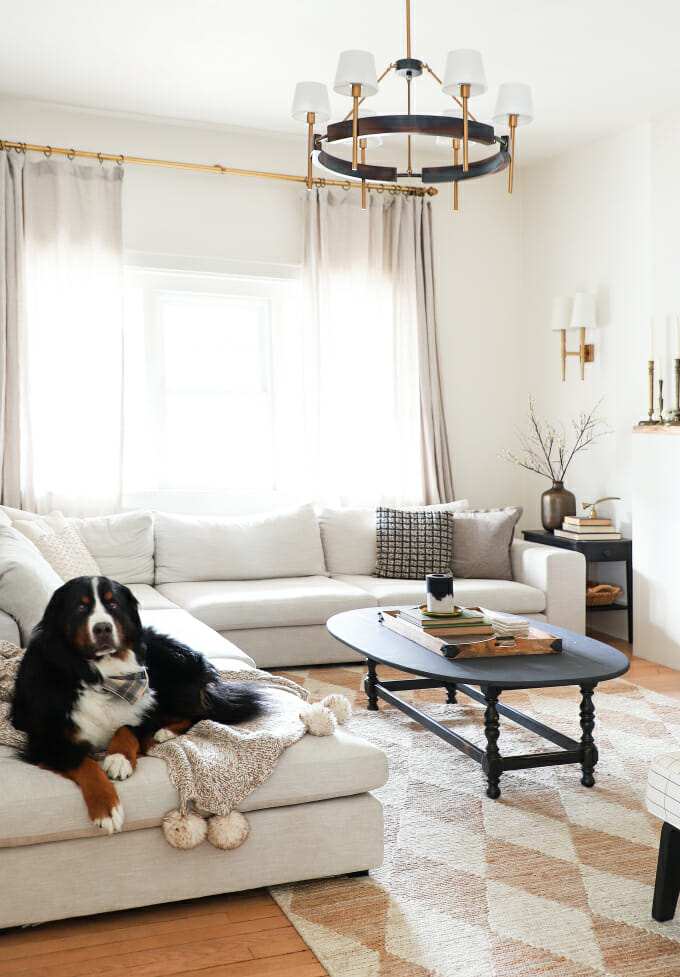 Let me know if you have any additional questions! 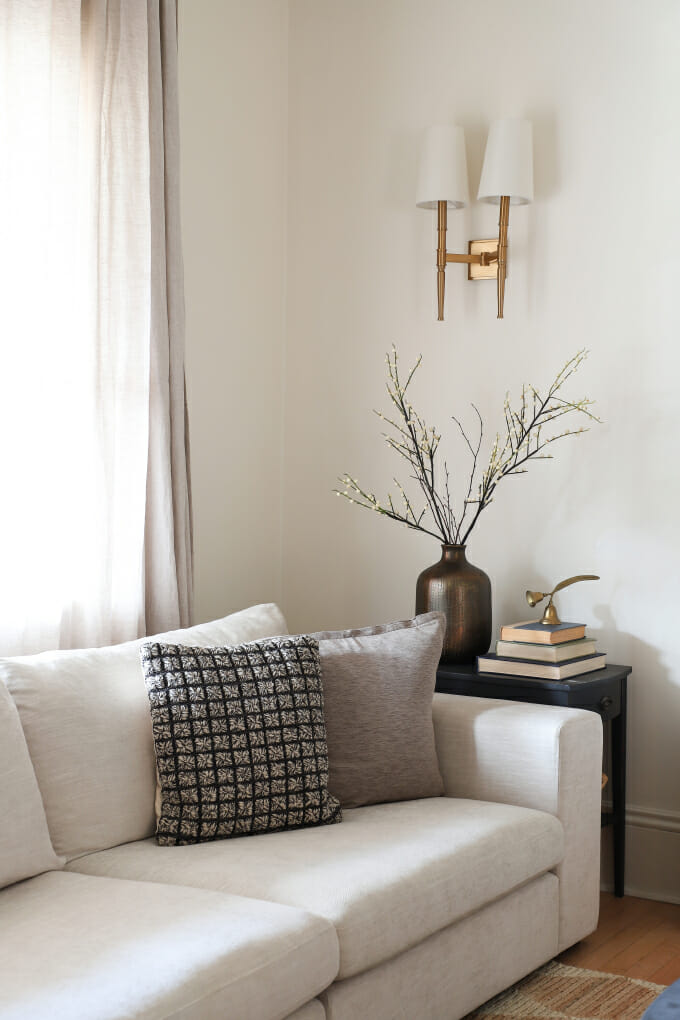