Someone once said, “There is no such thing as bad beer, just great beer, and beer.” Well, at least someone probably said that. If not, then I just did, so that someone would be me… which is why I’m taking you on a Milwaukee Craft Brewery Tour today.

I love living in Milwaukee, known as Brew City, due to its legacy of creating this country’s biggest and most iconic breweries. Due to the corporate nature of the modern era, the only true remnant of those bygone glory days is the buildings those breweries once occupied. The last old brewery in its somewhat “original” form is Miller, which is now MillerCoors. No joke, on a tour the introduction video said, “We have combined the best of the Great Lakes with the best of the Rocky Mountains.”  That was half hilarious, half sad.

So it’s no surprise that the push back on conglomerates and mass production has taken the form of craft brewing. Eight years ago, I boldly stated (wrongly) that the craft beer market in Milwaukee was completely saturated, and there is no way one more brewery could succeed. Since then, it feels like 1,000 breweries have popped up and are thriving in their own way.  Fine by me. I’m good with being wrong if it means I can walk from my house to three different tap rooms.

I’ve broken down some of my favorite breweries into made-up categories (more winners that way) to create a Milwaukee Craft Brewery Tour . If you go to a brewery that’s not on here and had a great time, I would not be surprised one bit. Just like there is no bad beer, there is no bad brewery in this town.

COVID-19 Disclaimer: All of the following locations on this Milwaukee Craft Brewery Tour require masks and social distancing, with their own COVID-19 policies in place. Please check their websites ahead of visiting to comply with their requirements.

Eagle Park Brewing Company — This place keeps winning awards. I used to think beer awards were on par with this list (made up, so there are more winners). And maybe that’s still the case, but these guys at Eagle Park are deserving of everything they get. The beer is phenomenal. Check that. EVERY beer there is phenomenal.  If you’re looking to try the best and take home a souvenir or two for your beer nerd/snob friends, make sure you stop here.

Enlightened Brewing Company — The new Enlightened brewery is in a beautiful, sprawling old warehouse building. The taproom/seating area is spacious and invitingly cozy. This would make a great event space. Pool, darts, foosball, and video games occupy a corner of the room. And get this, they are FREE! The way things should be. There’s no food in the space yet (you can order in), but I hear that’s supposed to change soon.

My BFF Big Papi loved this place. Pre-COVID, our neighborhood friend group had a standing 5:00 Friday gathering here. I miss the sounds of clanking beer glasses, barking dogs, laughing kids, and a whole lot of conversation.

City Lights Brewing Co. — Located in the old Milwaukee Gas Light Company’s Condenser and Power Houses, this place is a must-see. It would be a great visit for architecture students and history buffs for the structures alone. Throw in great beer and a solid fish fry, and it’s the perfect Friday night.

(You: Hey wait, that’s not beer. Me: Yeah, but it is before they distill it. And it’s my list anyway, so leave it alone.)

Twisted Path Distillery — Twisted Path Distillery used to only distribute the unaged and slightly aged spirits (rum, gin, vodka). But within the last year they have slowly started releasing their rye whiskey in small batches. Currently on release number four, I think the first release lasted all of five seconds before selling out. This place has a great atmosphere, even if you’re the only one there. And there are always great events (concerts, comedy, and more!). However, right now the Tasting Room is only open for carry-out.

What really makes this place a destination, though, are the cocktails. You won’t see the creativity that goes into the ever-changing line up anywhere else. Even if you don’t fancy yourself a gin, vodka, or rum drinker, I guarantee they’ll make you something you love. I have their gin and aged rum on hand.

Great Lakes Distillery — The original distillery in town making legit spirits. Any bottle of their stuff would make a great souvenir for out-of-towners. In my liquor cabinet, there’s the Good Land Cranberry Liqueur and both the Rehorst gin and vodka. Also recently released are the Still & Oak Bourbon and Rye (two separate bottles). A tour here makes for a great event.

Component Brewing — Located on the second floor of the Lincoln Warehouse, this brewery occupies the old Eagle Park location (see Best Beer and Food). It has a fun little tasting room, and it’s an adventure to both find and get into.

MobCraft — These guys built a business on crowd-sourcing beer ideas. If I knew about this before it happened, I would have predicted that it would be a fun idea that would not work. I would have been wrong again. This place has LOTS of unique beers, and they just opened up a pizza kitchen too. MobCraft has been a dinner destination for us on more than one occasion.

1840 Brewing Company — Self-dubbed an Urban Farmhouse brewery, they don’t actually brew anything. It’s all about fermenting, aging, and blending. My first time hearing about 1840, I likened it to The Cold Stone of beer. Take some ingredients, mash ‘em together with some spoons, and charge a premium for it. That proved to be another inaccurate take. These guys know what they’re doing, or at least have guessed right on every beer I’ve tasted. I like to buy special release bottles, let them sit in the basement, and bring them out for special occasions. Though they’re only currently open for pick-up, I couldn’t recommend them more.

Sometimes it’s easy to get distracted with the new and next big things. But these two are must-stops if you’re not from Milwaukee. They both had humble beginnings and would have made this list outright 15 or so years ago.

Lakefront Brewery — I think they are the original craft brewery in Milwaukee, which makes sense considering they distribute their beers pretty much everywhere. Since the first barrel in 1987, this brewery has built an amazing complex. The brewery tour is still one of the better ones around, and the Lakefront Brewery Friday Fish Fry is famous and boasts a fun atmosphere. And did I mention it’s great beer?  — Riverwest Stein is still a go-to.

Milwaukee Brewing Co. (MKE) — Started by a former engineer, this brewery started out with used farm equipment off of Craigslist, which you wouldn’t be able to tell given their new facility just west of Fiserv Forum. I can’t speak for their current brewery tour, but in the old days, THERE. WERE. NO. TOKENS. They filled up your beer glass like a coffee mug at a greasy spoon. Those were the days, and because of those days, this brewery will always have my respect. If Louise Demise and Riverwest Stein are both on draught, I have to flip a coin.

So there you have it — my unbiased 2020 Milwaukee Craft Brewery Tour.

I hope this helps. But if you are lost in Milwaukee and have forgotten everything you just read. Don’t panic. Just get to a brewery. Any brewery. And you will be fine. 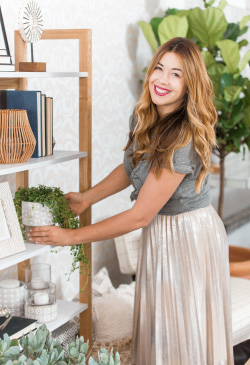